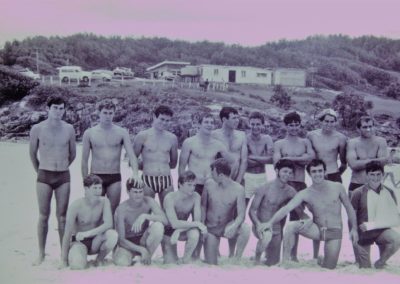 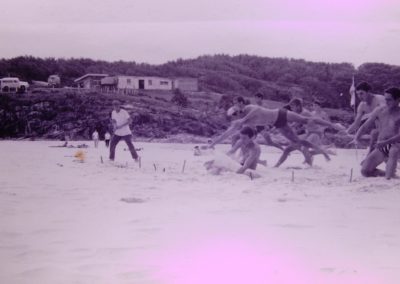 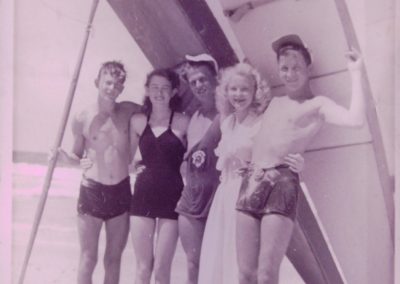 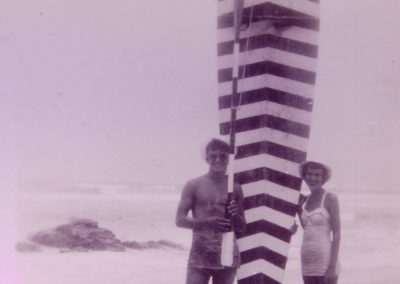 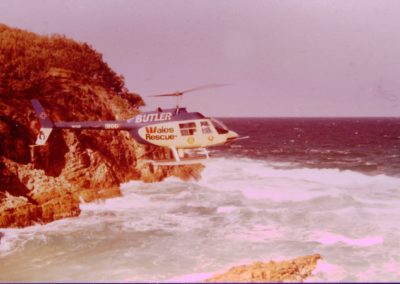 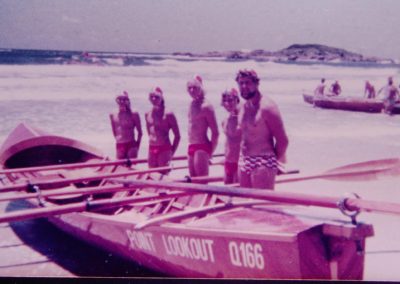 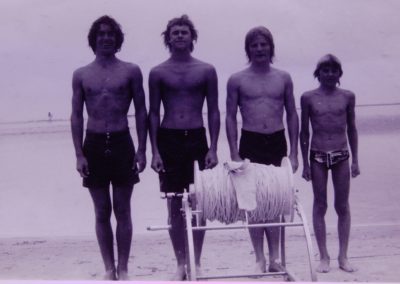 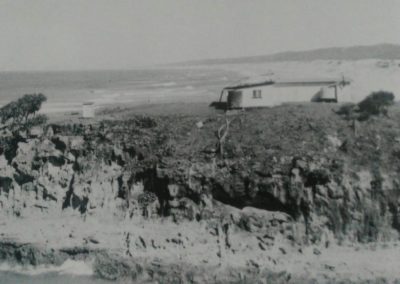 Point lookout Surf Life Saving Club, founded in 1947, is a family Club proud of its history and traditions.

The origins of the Club can be traced back to the burgeoning of the beach culture in the immediate post war years. Due to the remote location, the younger island residents and Queensland State Centre (now SLSQ) recognized the need for a Surf Club to be established at Point Lookout.

Bob Durbidge, a prominent local fisherman who had been an outstanding lifesaver at Mooloolaba SLSC before the war, agreed to help train a bronze squad as the nucleus of a Surf Club.

A box and reel were donated by State Centre and on Saturday, January 24, 1948, the first bronze medallions were awarded to Point Lookout SLSC members.

Interestingly, the first Club Secretary was a woman, Glad Rahnsleben, who was Point Lookout’s Postmistress. This was frowned upon by State Centre who declared that “as actual lifesavers, including office bearers, women were not allowed.” 1948 saw Point Lookout affiliate with South Coast Branch and the second bronze squad went through on December 31, 1949.

Club Captain, Roy Denman, was approached by Bertie Clayton of Clayton’s Guesthouse to patrol Cylinder Beach for his guests. Gear had to be carried to Cylinder by foot but the Club agreed to patrol from 10am to 2pm as a fundraiser, though this patrol was soon abandoned when Bertie neglected to pay. Regular Cylinder Beach patrols recommenced in December 1973.

The 1960s saw the Club’s first ever State Championship when Brian Goodger and Terry Daley won the inaugural S.W. Winders Shield for First Aid. This set the foundation for the Club’s commitment to Surf Rescue and First Aid competition resulting in many successes from the U14 to Open age groups at both State and National level.

The Point Lookout Stradbroke Sharks “Nippers” Club commenced in October 1967, with Bram Thompson at the helm. At the time, only boys were eligible to join and only Stradbroke residents were members as Nippers was formed to “give Island boys an opportunity for organized healthy activity.”

The 1970s heralded many changes for Point Lookout with the first female associate members being accepted in 1977, the first IRB (inflatable rescue boat) being purchased and the Club hosting its first South Coast Branch Titles.

Significant milestones include Point Lookout winning the Australian IRB Championships in 1997 and the first female Club Captain, Jenaya Bodger being elected in 2006.

Patrols are, and always will be, Point Lookout Surf Life Saving Club’s core business and with the introduction of the Westpac Lifesaver Helicopter Service, IRBs and jet skis club members have been able to refine their lifesaving skills making them a greater asset to both Point Lookout Surf Club and the visitors of North Stradbroke Island beaches.

Point Lookout Surf Life Saving Club is proud of its history, proud of its achievements and proud of its members as it continues to grow and develop and serve the community of North Stradbroke Island with Vigilance and Service.